A teacher who engages and cares

The first time I raised my hand to answer a question in Mimi’s Principles of American Journalism class, she didn’t critique my answer, correct my statement, or put me on the spot in front of my two hundred and something classmates.

Instead, she asked for my name.

It wasn’t that I was special, or that she and I had formed any kind of personal relationship at this point. This was one of the first days in her class, and I knew her then as just another professor. I knew the class as one of the many “weed-out” courses in the Mizzou J-School.

At a school with an undergraduate class of over 27,000 it’s easy to be just another face. It had never bothered me that my professors had never remembered my name.

But the following week when Mimi called on me again, this time by name without having to even ask, I felt important. I felt like my ideas and what I had to contribute to the class was important. And it didn’t stop there. Still, nearly 10 months later, I remember other frequent participants’ names too. I still know the names of people who I could only ever identify by voice because they might’ve sat too far back and too far to the right for me to ever see their faces. But I know their names- because Mimi knew their names.

I never once left one of her lectures feeling flustered or confused. She takes the time to answer everyone’s questions and encourages in-depth discussions. Much of her curriculum felt shaped by the questions we asked her and her responses to them- a uniquely tailored experience that I don’t think I would’ve had in anyone else’s class.

One of the most memorable lectures from that semester was our lecture on ethics. We focused heavily on photojournalism ethics pertaining to tragedies- such as 9/11. I remember how fearlessly she stood before our class and talked to us about the ethical questions journalists must themselves amidst a backdrop of emotional evoking images that went to print or were displayed on television screens. Fearless- not because she was stoic and unflinching, but fearless because she didn’t stop when her voice cracked, or when she thought she might cry. She was fearless because she stood in front of our class and kept teaching. Kept engaging. Kept calling on us by name. Fearless, because she wasn’t afraid to let us see her as a person and as a teacher.

It’s rare for a teacher of such large classes to be such an incredible professor, mentor, and friend. But Mimi’s ability to connect with audiences large and small is what makes her such an asset to any campus. I never once worried that my questions would go unanswered or that my thoughts would go unheard. Mimi takes an active role in her students learning experience in a way that cannot be paralleled. This is what makes her such an inspiring woman, professor, and journalist. Any student that has the opportunity to be taught by her is lucky; because I know that I am a stronger writer, student, and young woman just for knowing her.

Advisor and Publisher Overlooked in Appalachia 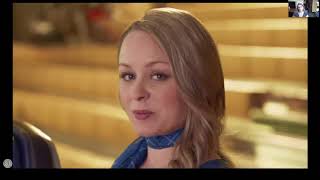